“From the evidence, I conclude that the alleged behaviour took place and, in breach of the Bullying and Harassment Procedure, …

a) you are a bully and a harasser...or

b) it created an intimidating, offensive and hostile environment for [the complainant]."

Which framing of this disciplinary outcome would you use - (a) or (b)?

Many employers are going to considerable efforts to ensure staff who feel uncomfortable with another colleague’s behaviour say something. And when they do speak up, it’s imperative that you deal with it effectively. If the alleged conduct might amount to harassment, your approach has to be fair to both parties. That’s easier to achieve if you don’t attach nouns - labels - to the people involved. Instead, stick to the verbs – finding out what happened.

It’s an easy trap to fall into. For evolutionary reasons, our brains often function as labelling machines – pattern matchers. We categorise and sift, consciously and unconsciously labelling all the time. Take job titles, for example: we consciously use them to convey attributes and credibility, often in a single word: solicitor, CEO, specialist, etc. Like any kind of shorthand, though, labels lack nuance. And they may mean we don’t do full due diligence before making judgements. "He's an introvert therefore..." "She's an expert so..."

We live in an age of damning workplace labels: harasser, victim, snowflake, bully, underperformer… They are loaded and carry a whole heap of implications for the labelled. It's verbs - crying, lying, shouting, swearing, touching, drinking, joking, whatever - which give rise to labels. And the key to fairness is to stay focused on what happened - those verbs.

Labels - nouns - imply a personal, pervasive, permanent state of being. Once attached, they stop you seeing (perhaps even looking for) the full picture – and you might get it wrong.  “She’s a bully... so she probably did this.” (We've all seen the crime dramas where the cops set out to nail the con on that basis!). It’s a particular risk when you’re investigating an allegation for which there’s no independent corroborating evidence; your classic he-said, she-said scenario. In these tricky cases, when you have to look at surrounding evidence – other behaviour – to make a judgment, it’s tempting to use that behaviour to label the accused, and to use that label to convict.

Pause: You don’t need to decide whether someone’s a bully, or a harasser; a narcissist or a psychopath; a snowflake or over-sensitive.

If nothing else, the impact of those kinds of labels on mental health can be terrible. Impact = shame.  Just ask the simple question: Does all the evidence you have, taken together, make the allegation more likely than not?  You're not deciding what someone is. You're deciding what they did. Verbs.

Don’t get me wrong, behaviours need to be addressed when they create a problem for others and there may be very serious consequences indeed for the doer.  And sometimes (hopefully rarely) you may find that someone's engaged in a pattern of insidious and intentional harmful behaviours that needs to be identified and addressed.

But, most of the time, progressive leaders want to see their people grow, do better, realise potential. You do that by educating and correcting when people get things wrong, helping people improve, if that's possible. Save in a purely utilitarian, functional way – you rarely need to give people nouns. Get interested in the verbs. What you do, how you do it, how you feel, how you are, the impact that you have: this is what matters. Unlike nouns, which have that sense of solidity and permanence, verbs exist in time, and with that comes hope, the potential for growth, development and redemption.  Becoming kinder, fairer and better.

Except, of course, for the times when the verbs justify dismissal.

“We are not nouns, we are verbs. I am not a thing - an actor, a writer - I am a person who does things - I write, I act - and I never know what I'm going to do next. I think you can be imprisoned if you think of yourself as a noun.” Stephen Fry 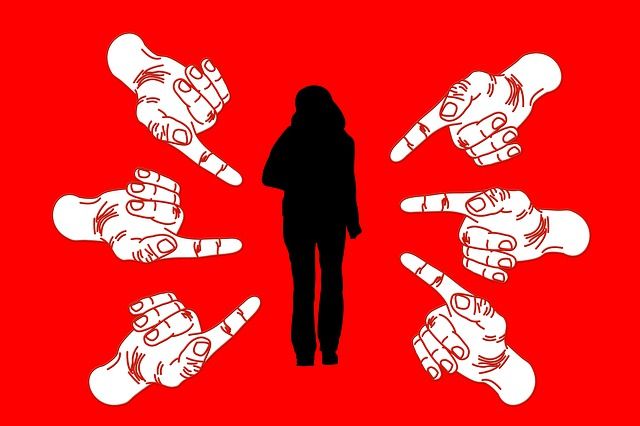