At byrne.dean we talk a lot about valuing people who are different to us, “people not like me”. We talk with our clients about the possibilities for creativity, innovation and clear thinking, (and the moments of magic), that happen when a group of very different people feel just as valued and respected as one another and pull together as a team. In their Project Aristotle study, Google refer to it as a feeling of “psychological safety”.

Valuing difference means giving people the freedom to bring their whole selves to work. It means seeing people for who they are (and who they might become) and not putting anyone in a box. It’s really good then to see that new rules which ban advertising that essentially puts people in boxes and perpetuates gender stereotyping are now being enforced.

Philadelphia Cheese and Volkswagen have become the first casualties of the new rules which took effect in June and followed the outcry over adverts for slimming product “Protein World” which depicted a female model with the perfect “beach ready” body.

The television ad for Philadelphia features dads who allow their babies to be carried off on a Japanese restaurant conveyor belt whilst they chat and tuck into a nice cracker with cream cheese, (“Let’s not tell mum!”).

Volkswagen’s ad features a woman sitting next to a pram as the new eGolf car goes by whilst, at the same time, men travel to space, climb a rock-face and compete in athletics. “When we learn to adapt we can achieve anything”, the narrator tells us. Mmmm?

Both adverts have been banned by the Advertising Standards Authority following complaints from the public.

Gender stereotyping in the workplace can of course be equally damaging and does not create the psychological safety that we all need to bring our best selves to work. Lloyd’s of London will be only too aware of this following publication last week of the results of their staff survey which reveal a culture of entrenched sexism (and harassment) and which CEO John Neal has described as “truly terrible”.

And last week, when Lady Hale, President of the highest court in the UK, delivered an historic judgment on constitutional law, it was frankly astonishing to read the Daily Mail’s headline referring to Lady Hale as “Ex barmaid with a spider brooch....”. Really? The misogyny and gender stereotyping behind the headline is unmistakeable and harmful.

Women can hold the most senior legal positions in the country - and they can go into space. Men can bring up kids - and bake beautiful tarts (did you see David’s fabulous custard tarts on last week’s Great British Bake Off?!). Employers who recognise that anyone can do anything and who work to develop the full potential of their employees irrespective of gender (or indeed any other stereotypical assumptions) will have a workforce who feel safe to be who they are and to give of their best selves. 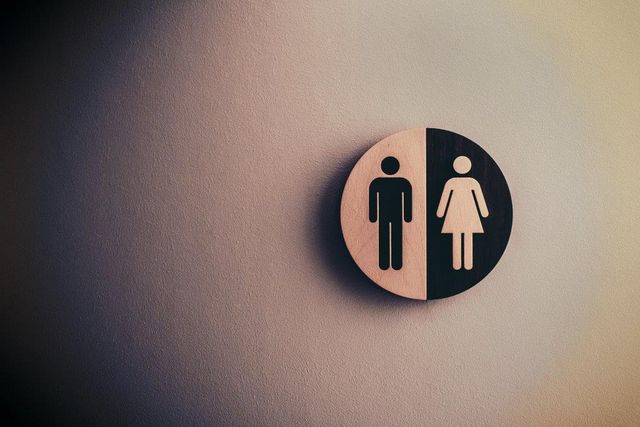 How do you feel before an 'interview'?
byrne·dean
Recent posts from byrne·dean