In the wake of yet another tragic school shooting in the US, this time at Marjory Stoneman Douglas High School in Parkland, Florida, Donald Trump took to the all too familiar presidential stage to express the sadness and sympathy of the American establishment. His predecessor would then have gone on to plead, ever more helplessly as his presidency went on and the number of shootings and casualties mounted, for the latest horror and outrage to be a catalyst for a reconsideration of the US laws relating to gun control. Mr Trump, in contrast, called for greater understanding of mental illness and in doing so played directly to the stigma that all too often is apparent in the media which links mental illness with violence.

Gun control is a complex and emotive subject, particularly for someone whose campaign funding relied so heavily on the National Rifle Association. Mental illness is equally complex and emotive. By avoiding controversy on the former, he risks causing great harm in relation to the latter.

When Mr Trump spoke, there was no public suggestion of any diagnosed mental illness concerning the gunman, Nikolas Cruz. Some people who knew him (none of them apparently medical practitioners) have since said that he appeared depressed and there is suggestion that he may have once attended a mental health clinic, a year or so ago. Mr Trump may or may not have known that, certainly it was not public knowledge at the time and there does not appear to be any suggestion that mental illness has impaired Mr Cruz’ ability to plead to the charges now levelled against him.

It is complicated of course. If someone does something which I cannot fathom doing, which seems anathema to all standards of moral and common decency, does that mean that they are mentally ill? Does the further the act seems from what is “normal” make that more so? I cannot fathom bearing arms, or suggesting that it is a fundamental right requiring constitutional protection. I would not go from there to suggest that vast numbers of the US population (I do not know whether it is a majority or not) are mentally ill. We have, thankfully, long moved beyond the point where kings and despots could deal with their opposers by declaring them insane, based on little more than the fact that they disagree with the powers that be at the time. The fact that someone does something, or thinks something, which horrifies us, which we do not understand, does not make them mentally ill.

There are, sadly, some mental illnesses in which the suffering individual will have delusions, thought disorders and hallucinations, which give them an altered perception of reality, in which they might be regarded as not being of sound mind.  Sometimes those problems might be a catalyst or cause of violence.  Where such people do commit acts of violence it might well be right to look at the care they receive and whether more should have been done to protect them and the public. If Mr Cruz was suffering from any mental illness, from what any of us know at the moment, it was depression – a low mood, a loss of interest in ordinary activities and a range of associated symptoms, which do not include violence. He saw the same reality we all see, albeit that each of us has our own perception on it.

This is a story about gun crime by someone who seems to have had a very difficult and troubled life. It is not a story about mental illness. The President of the USA ought to know better than to pretend otherwise, however politically expedient it might be to demonise the one in four adults who experience diagnosable mental illness each year. 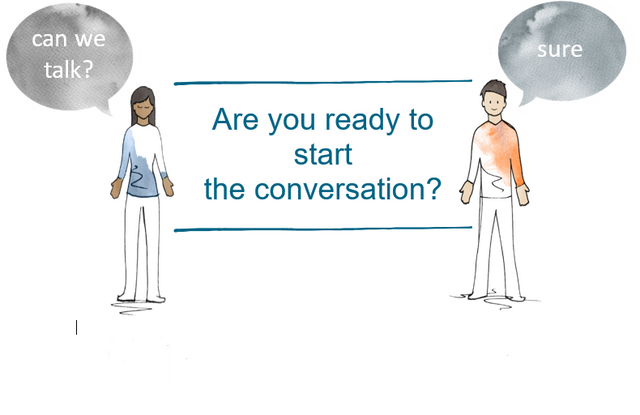 On May 4, 2017, all of these men gleefully celebrated passing a bill that would have taken mental health care from millions of Americans. Today, these same men blamed mental illness for gun violence. pic.twitter.com/kCkPaFTvz0

Am I living in a box?
Richard Martin