Phenomenal women - exceptional women who overcome challenges, women who work hard and aim for great things, women who raise the bar, and women who are role models for others.  At byrne·dean we are fortunate to work with many such women. Inspired by Maya Angelou’s beautiful poem, ‘Phenomenal Woman’, and to mark International Women’s Day, I decided to ask a few of them what ‘phenomenal woman’ had most inspired them.

I don’t know what I was expecting. Perhaps stories of amazing teachers, motivational bosses, or dazzling public figures of renown? There were a few brilliant ones like that. But it turns out that the inspiration for many phenomenal women – obvious if I’d thought about it – is the women who raise them. Our mothers and our grandmothers. And often it’s not about what they did (though – let’s be clear – they did some amazing stuff) but about who they were and the values they had; values they lived.

I was planning on writing a lot more here, on trying to craft some clever piece about motivation and inspiration. But I am humbled by the contributions we have had and they speak far better for themselves. I am so grateful to the women who contributed and shared their phenomenal woman with us, including our own CEO, Victoria Lewis. Here they are as they were written:

“When I thought back to who was the phenomenal woman who inspired me, it wasn't a teacher or Thatcher or the Madonnas of this world. Much closer to home. My mum. I took it for granted that my sisters and I were expected to be - it was assumed we would be - phenomenal women. We are very different but we each knew we would grow up to be self sufficient, self starting... and delivering gals. Mum taught us never to rely on men but also how to respect and love our men. I don't agree with everything she did or said when we were growing up, or now, but that's ok. We know debate is good; she helped us understand that challenging the norm is to be encouraged. She’s still the woman I trust most in the world. If I'm phenomenal, it's cause she's phenomenal! “ Rachel Bewsey, Premier Oil, Asia Legal Regional Manager

“I was always hugely inspired by my mum. She always taught me to challenge what was not right. As a married dental surgeon with five children in the 1970's, she took on the Irish Government, who at the time only offered part time unpensioned jobs to married women. Through her determined challenge, she reversed an archaic practice of treating married women differently in the workplace.” Fiona Rodford (formerly Group HR Director Heathrow Airport, and Group HR Director Alliance & Leicester)

“No contest that would be my grandmother Florence (Flo to her friends) she taught me that where you came from was no barrier to success, to work hard and, most of all, the value of books and a good education to study hard, to be independent and follow your dreams. That’s why today I volunteer as a school governor in Tower Hamlets, to ensure that children have the foundation of an education which inspires a lifelong love of learning.” Sharon Heather – Standard Chartered Bank - Regional Head Employee Relations – Europe

“I was always inspired by my paternal grandmother – she qualified as a pharmacist in the 1930s, at a time when most women didn’t work at all, never mind qualify as pharmacists. My father is one of four boys and she continued to work as a locum pharmacist right through each pregnancy and for the whole of their childhoods. Flexible working in action (way before it was even a ‘thing’!)." Sarah Boddey –Northern Trust, Chief Diversity and Inclusion Officer, EMEA & Asia Pacific

“My mother, who was Mrs Richard, Jackson, 1960s wife and mother. During my teenage years in the 70s she began establishing her own identity as an NCT tutor and hypnotherapist, first as Mrs Elizabeth Jackson and then Liz Jackson – to my father’s great puzzlement but also pride. (Still) living example of just doing it, with grace and positivity.” Sarah Jackson, OBE, Chief Executive Working Families

“My mother inspired me from my early years onwards to be who I am, to think for myself and to remain independent. This included giving me the freedom to experiment with making my own decisions so that I could learn from mistakes and enjoy the successes. In turn, she has motivated and energised me to put these qualities to use, for me to inspire the next generation. I know that this has been a very tough journey for my mother, as it is a far cry from what she has experienced when she was young in war-torn Germany, but to find the strength, courage, calmness and willingness for her to make a difference for us, as her children, is something I will cherish and nurture for the rest of my life!”  Amy Bollato-Velda, Learning and Development Rabobank

“I was inspired by a line manager I had early on in my career at UBS when I was working in HR as a Team Assistant. She believed I had what it took to progress further and contribute more. She inspired me to set greater challenges for myself and not to settle for what was easy, which lead me to pursue further study and ultimately to a role in Employee Relations – shaping the policies and behaviors of the organization which support and encourage our diverse workforce.” Amanda Robinson, HR Policy Head, UBS

"Barbara Castle - only the fourth woman to hold a position in Cabinet and a significant, long serving 20th century politician. Sometimes controversial, but always straight-talking and passionate in her cause to champion social reform and gender equality, she was highly effective in bringing about change. As Minister for Transport she introduced a raft of measures to improve road safety, including speed limits, breathalysers and compulsory fitting of seat belts. Perhaps most notably, she brought in the Equal Pay Act 1970, to bring about gender pay equality, following her intervention supporting women sewing machinists at the Dagenham Ford Plant. I love her quote: “I don’t care if you call me the Chairman, Chair, or Chairwoman; as long as I’m in the Chair”. Rebecca Priestley, People Director, Lloyds Banking Group

“My mother and I were chalk and cheese – the way we led our lives were so very different. When I thought about the woman who most inspired me for this piece, I worried that this “difference” might somehow undermine any evidence of my inspiration. But I realise, of course, that inspiration doesn’t need to mean that you follow the same path. The fact that she only ever wanted to be a ‘stay at home’ mum and that I could never be satisfied with that for my own sense of purpose, is irrelevant. My Mum taught me to love, to give all of myself to everything I do, and to stand by the people I care about no matter what.

Eight months after my lovely Mum died, I was asked to take over running byrne.dean training. As a “leader” I simply keep trying to remember what she taught me – to care, to be the real me, and to properly support the people who rely on me. Our paths may have been different but the outcome is the same I hope. Put it this way, she was the first person I thought of calling when I did take over this role – I wanted her to be proud of me and I hope she is.” Victoria Lewis, CEO, byrne·dean training

Each one of us - with women, men and non-binary people joining forces - can be a leader within our own spheres of influence by taking bold pragmatic action to accelerate gender parity. Through purposeful collaboration, we can help women advance and unleash the limitless potential offered to economies the world over. 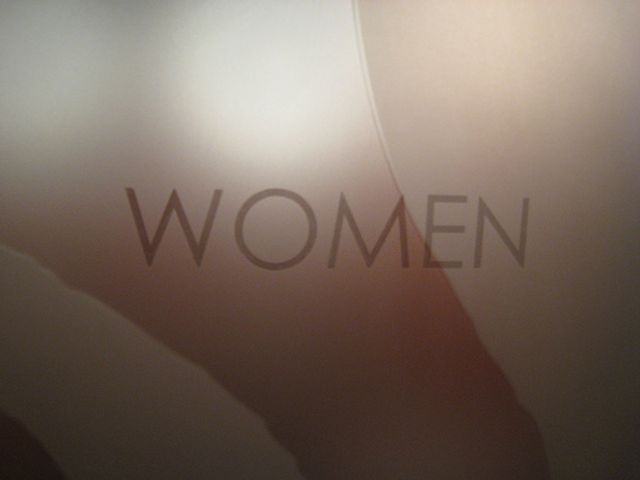 Workplace bullying in the age of Covid
Alison Best

No label: How nouns get in the way of fair disciplinary outcomes
Alison Best
Recent posts from byrne·dean

I wanted to leave the house and never come back….
Rachael Forsberg