byrne·dean are proud to support anti-bullying week and to raise awareness of all aspects of bullying in the workplace so that individuals can become better equipped to deal with complex and confusing situations.

As part of our preparation for anti-bullying week, colleagues at byrne•dean are writing personal stories about bullying. Apparently no-one’s offered to write form the perspective of the bully. I wonder why.

Over the fifteen years of byrne•dean I’ve probably worked with hundreds (thousands?) of bullies and with dozens of them in one to one counselling sessions. I have a clear sense of what bullies look like. Twice at work I’ve also been told that I’m a bully. I want to write about what I’ve learnt.

1. None of us think we are bullies; we deny the accusation (normally quite aggressively – which is interesting in itself!)

2. People normally complain when we’re stressed and/or particularly focused on achievement/results; when we’re not valuing or prioritising the people we work with. Which is another way of saying that it’s quite commonplace.

3. We normally explain everything as being about the other person’s (people’s) performance, or perhaps their personality(ies).

4. Unless we are helped to see that we’re doing it, in what I have come to call a relational conversation (think opposite of transactional), we’ll probably continue to act as we always have.

5. Some of us may continue anyway – because ‘that’s what we’re like’ and we think others should be able to put up with it. Someone gave me a great phrase recently “We see everything from our perspective”.

I was quite a senior lawyer in a big City firm. I had worked with my secretary for a couple of years. I judged her to be ‘good, but a bit needy’. She was also very unassertive. She and I talked a great deal about how (badly) her husband treated Gill (not her real name). I invested quite a bit in the relationship; before and after Gill wrote on her appraisal form ‘you bully me’. The form wasn’t part of a formal appraisal system, just something the secretaries in the team were trialling as part of an effort to try and improve their relationships with the people they worked with. Actually, from memory I think I was involved in the forms being introduced.

That wasn’t all she wrote obviously. It was just the bit that caught my attention. I can’t, years later, remember the precise details of how I felt or of my conversation with Gill. But I know I did not believe that I was a bully. Because I liked Gill, because I spent time chatting to her, because I was a nice bloke and not a bully. I do remember saying to her ‘bully? …. Really?’ and screwing my face up in a disbelieving type way. And I remember her saying that I did. I think we talked about it. I remember she cried. She often did. I remember taking away from the conversation that it was about how I acted when I was stressed and promising to be more careful. But still, after we’d spoken, I did not think that I was a bully and, this is going to sound awful given who I am and what I do, I never thought about the moment until I wrote this piece. In writing the piece, for the first time I thought about how hard it probably was for Gill to say those words to me. Actually, she probably never would have actually said the words. The form gave her the opportunity and she took it.

I was the Chair of a not for profit law centre providing free advice. We were moving from being a collective to having a managed structure. We had to become more efficient; our funding was threatened, there was a lot of uncertainty. People were being asked to give up their status as effectively part of the management structure. I chaired many quite heated meetings. Being from a City law firm, I always felt that I was perceived as a representative of the evil Mammon.

The staff reps wrote and circulated their own minutes of one meeting accompanied by a memo saying ‘members of staff had felt bullied during the meeting.’ I remember being so angry. Did ‘these people’ not remember that I was doing this job in my own time, unpaid and that it wasn’t much fun? If they thought they could do better, they were welcome to try! I was angry because they had published the allegation anonymously and to others not at the meeting and because they weren’t even brave enough to actually accuse me by name (as the Chair) of doing the bullying.

This time I was clear that I hadn’t bullied anyone, that the message was the problem, not how we were delivering it. They didn’t want to hear the message, so they shot the messenger. I put it down to different cultural factors at play in the private and the not for profit sectors. They would have called the imposition of anything they didn’t like ‘bullying’.

Reflecting on this experience now, I would love the opportunity to chair those meetings again; could I deliver a hard message in a kind way, exactly how I coach people? I was far younger and less experienced, I hadn’t thought much (if at all) about emotional and cultural intelligence. I hadn’t put myself in their position and thought about how they must be feeling. My objective, delivering the thing, was paramount. I was also doing this stuff tired – in the evenings after a long day’s work. All these years later, I think they were probably right!

The bullies I’ve worked with

I’ve learnt not to use the word bully when talking to them.

The best results come from a genuinely relational conversation in which I’ve invested and shared, so the bully comes to trust me. I can then show them ee how they could benefit from a different approach; from being kinder to the people around them. Intellectually everyone gets that very few people react well to unkindness, they certainly don’t perform at their best for the unkind, at least not after the first few times.

Some support about how to rebuild relationships may help.

Virtually no-one sets out to treat people badly. This is something that the people who suffer from their treatment find difficult to believe. Surely the bully must have seen what they were doing? Normally all they saw was the pressure that they themselves were under. Often they are just mimicking how they were treated when they were more junior.

What’s critical is to get the bullies to understand that in this area intent means far less than impact. How did the other person/people feel?

Please, if you hear yourself saying ‘it’s just the way I am’, give me a call. Or talk to someone else about how the other person may be feeling 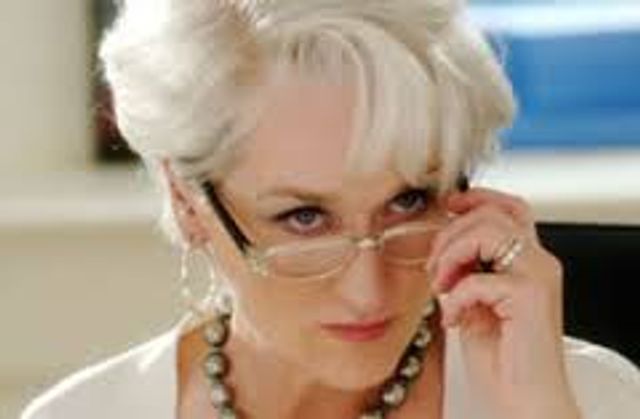