It was Rheinhold Niebuhr that first asked for the courage to change the things we can change, the grace to accept those we can't, and the wisdom to know the difference.  I had one of those lightbulb moments the other day which made me realise the significance of that grace and wisdom for our wellbeing, based on the observation of Epictetus that it is not events that cause us difficulty but our reaction to them.  We get stressed by our reaction to stuff, not the stuff itself, so if we want to reduce our stress (which seems like a good plan) the place to start is with our reactions.

I was on a train out of Waterloo on Tuesday evening - actually, not "a" train but, seemingly at least, "the train out of Waterloo".  Multiple signal problems and a track fire had decimated the service so anyone who wanted to get out of Waterloo was on board that train.  It was close to 30c outside and way over that on board, with tired commuters all wanting to be home but instead being drowned in their own and each other's sweat as we crammed against each other.  And the train crawled along and every 30 seconds or so ground to a halt.  It was not pleasant.

There was a group of three men who groaned and swore every time we stopped, and all the time we crawled.  And as the journey went on, and boy did it (and they) go on, they became more and more exasperated, annoyed, angry, worked up and stressed.  They were sweating anxiety before we hit Clapham Junction.  If you had asked them why they were so stressed they would have been clear it was the train and the heat.  But it wasn't.

Their reaction to the situation was their own to own and control.  They chose to allow themselves to get annoyed by something over which they had no control, and they gradually fed off each other in raising the temperature of their stress (and at the same time the carriage).  Had they had the wisdom to know there was nothing they could do to change the situation, and then the grace to accept it, they would not have been stressed or anxious.

We can do this in all manner of situations, not least in the workplace - the trick lies in recognising the symptoms of stress for what they are, and then challenging the underlying thought patterns to question whether this really is something to get so worked up about - sometimes it might be but my suggestion would be not that often.

What got me stressed and anxious was hearing them going on the whole time about it, until I realised I couldn't do anything about it of course... 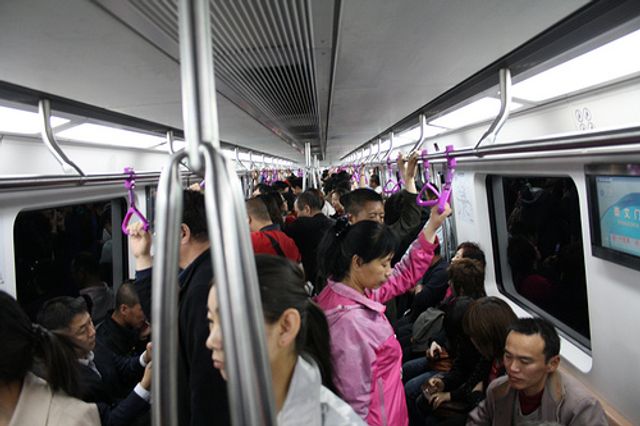 Why? And what could I have done?
Richard Martin

The Mindful Business Charter, and what we might learn from horses?
Richard Martin
Recent posts from byrne·dean

It's that time of year again. Pre-party warnings and a chance to move the dial on inclusion.
Alison Best
repost  cancel